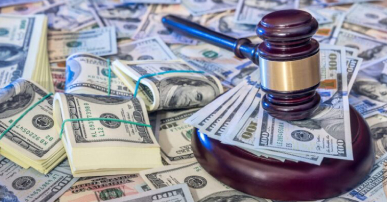 Euless, Texas is a small town tucked between Fort Worth and Dallas. As part of Tarrant County, Euless has had its share of severe weather events. Chad T. Wilson Law Firm client Aaron P. endured a windstorm in the spring of 2018.  Typical of many property owners who sustain storm damage, he remembered the storm but didn’t notice water coming into his home until heavy rains doused the area a few months later.

Frantic at the sight of the water intrusion, Aaron called his State Farm agent to report the loss.  His agent’s initial response was to tell Aaron he had no claim – no attempt to send anyone out to inspect.  The client went to Home Depot, bought a tarp, and covered one of the roof areas he believed water was coming in.  He called his State Farm agent again and insisted his home needed to be looked at.  This time, the agent’s rep assured him “not to worry,” and they’d have an inspector out in a week to inspect…  all the while water was dripping from his ceiling in several different locations.

According to our client, State Farm’s adjuster came in and immediately responded with weird explanations of what the water damage was that our client was pointing out.  Our client knew from the get-go that this State Farm adjuster was not there to help him.  After a myriad of false explanations of the water spots, the adjuster spent a few minutes on the roof then left without saying a word.  Our client received a letter from State Farm a few days later that stated his damages were $0.  The letter also stated that State Farm found other damages to the client’s home like vermin damage, insect damage, bird damage, latent defect damage et al., none of which was noted in State Farm’s claim file, nor did it exist at the property.

Our client cried foul to State Farm, and State Farm sent two different adjusters to a second inspection.  These two found windstorm damage but kept the amount of damage to $550 and below the deductible.  Thereafter, our client came to us for help.  State Farm sent a third adjuster before a lawsuit was filed. Ultimately, State Farm or its attorneys redacted all traces of this adjuster’s findings in the file provided to us without a justification for those omissions.

After a contentious three-year legal battle, trial attorneys Chad T. Wilson and Amanda Fulton faced State Farm’s legal team in a Tarrant County courtroom. Through fact and expert witness testimony, methodical direct examination, and oftentimes eviscerating cross-examination, Mr. Wilson and Ms. Fulton relayed Aaron’s story and his mistreatment by his longtime insurer to the jury. Ironically, Aaron chose State Farm as his insurer because his family had been with State Farm for decades. When it came time to buy his first home in 2002, the decision was easy for him, and he went with State Farm. Little did he know how worthless State Farm’s promise to be there when he needed it most really was.

After two and a half days, the jury was sent to deliberate at 2:15 PM on September 17, 2021.  They returned two hours and ten minutes later with a unanimous verdict in Plaintiff’s favor citing State Farm was liable on all counts and providing damages on each of those counts.  The jury awarded over $24,000 in property damages that State Farm failed to pay.  The jury also hit State Farm with various punitive damages for violations of the Texas Insurance Code and unconscionable acts.  In addition, the jury found that State Farm knowingly conducted these bad acts and knowingly violated the insurance code.  The jurors ended up awarding Aaron more than seven times the estimated amount required to repair his home.

After the trial concluded, jurors stated they were disappointed with how State Farm handled Aaron’s claim, how State Farm ‘covered up’ the first adjuster’s haphazard inspection, and were deeply troubled that it took three years and a trial for State Farm to admit they made a mistake; it obvious to the jury that State Farm’s admission was only for damage control, there was no remorse.  This jury was made up of Tarrant County citizens, a jurisdiction typically known as a tough venue for Plaintiffs.  Not only did this jury see Defendant State Farm’s actions were wrong, they returned a unanimous verdict that left no doubt how wrong State Farm was in this case.

If your homeowner’s insurance claim has been denied, delayed or, underpaid, call us. We have represented thousands of homeowners against insurance companies, big and small. As a contingency-based law firm, our expert insurance claims attorneys aggressively fight for the rights of the policyholder. Free consultation. No recovery equals no fee. Contact us today.