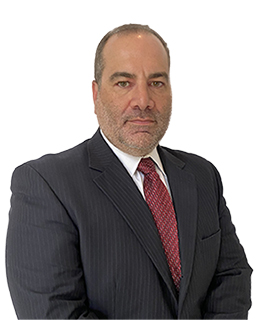 Jay Simon grew up on the west side of Houston, graduating from the Kinkaid School and then continuing his education by receiving a B.B.A. degree from Emory University in Atlanta, GA, and his law degree from The George Washington University Law School in Washington, DC. Following his graduation from law school, he returned to Texas for his legal career.

In joining the Chad T. Wilson Law Firm, Jay can offer our clients the experience of more than 20 years of handling property insurance matters. During that time, he has handled thousands of lawsuits involving commercial and residential property insurance matters, including hurricanes, hail and windstorms, freeze damage, fires, thefts, mold, plumbing leaks, and foundation matters.

Jay has been a member of the State Bar of Texas since 1998 and is also admitted to the United States District Courts for the Southern, Eastern, Western and Northern Districts of Texas, as well as the 5th Circuit Court of Appeals.

Outside of the practice of law, Jay enjoys the outdoors, traveling, and skiing. He can often be found on his bicycle along the trails of Katy, where he lives with his wife and two young children.