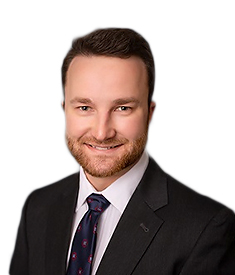 Michael is a 3rd generation Texan born and raised in Houston. He attended Texas A&M University where he earned a Bachelor’s of Science in Economics, Minoring in Business. After college, he worked in multifamily affordable housing to bring housing options all over the state of Texas.

Michael returned to school and earned a Juris Doctor from Creighton University School of Law. During his tenure, Michael and his fellow teammates were awarded the National Title in Mediation from the International Academy of Dispute Resolution. He competed in many more competitions for Negotiation and Mediation to fine-tune his skills.
Before joining Chad T. Wilson Law Firm, PLLC, Michael represented individuals suffering from personal injuries at a well-respected Houston plaintiff’s litigation firm. Today, he focuses his efforts on first-party insurance law both in state and federal court.