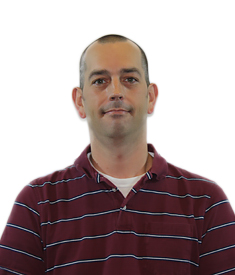 Jason started his career off by joining the US Navy right after graduating from Clear Creek High School in 1996. After enlistment, Jason would go on to graduate from Texas State Technical College as a member of the Phi Theta Kappa honor roll society. Promptly after graduating from TSTC, Jason went on to operate Freightliner’s Climatic Wind Tunnel test chamber in Portland, Oregon. He would later take on the role of project manager in Technical Publications for a major forklift truck manufacturer also located in the Northwest. Life and three kids would draw Jason back to Houston, Texas where he continued to serve as a project manager for another forklift manufacturer.

Hurricane Harvey in 2017 convinced Jason to reevaluate his career path and focus primarily on Web/IT technologies. After some time as the IT Administrator for one of the largest funeral homes in southeast Texas, he came onboard as the IT/ Web manager for the Chad T. Wilson law firm. Outside of work, Jason loves working on old Jeeps, the outdoors, hiking, or running with his dog “Baby” and fishing. BBQ’ing is also another hobby of his.