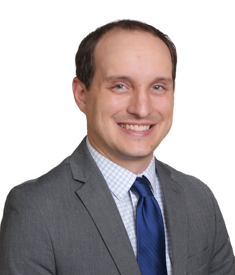 Donald grew up in Friendswood, Texas, in the greater Houston area. He was the first individual in his immediate family to attend a four-year university, graduating with a Bachelor’s in Science from University of Houston Clear Lake in 2008. Afterwards, Donald worked in property management on site at Johnson Space Center in Clear Lake, processing an assortment of retired government property including items flown on various Space Shuttle missions and spare components for the International Space Station. He was accepted into the University of Houston Law Center in the fall of 2011, and graduated in 2014. Upon being licensed in November 2014, Donald worked for a small law firm in Montrose handling products liability and employment law matters on behalf of individuals. He moved to another Houston plaintiff’s firm in early 2020, where he primarily handled first-party insurance claims relating for residential and commercial clients.

Throughout his law career, Donald has represented the “little guy” against major corporations, hospitals, and insurance companies. Donald continues those efforts as part of the Chad T. Wilson Law Firm team, representing property owners who have been wronged by improper denial or underpayment of their insurance claims. Donald primarily handles cases in state and federal court in Texas, but has made appearances in courts all over the country on a variety of matters.

He is also licensed in the United States District Courts for the District of Colorado and the Eastern District of Michigan. When away from work, Donald volunteers with a variety of Houston-based charities and organizations. In his free time, Donald enjoys wrenching on his project cars, playing soccer and sand volleyball, attending Astros games and various soccer matches, spending time with friends and family, and spoiling his black lab/Australian cattle dog mix, Jenson.