Recently, Hurricane Ian rolled through and ravaged large swaths of Florida. Property owners, farmers, and industry leaders incurred catastrophic damage to their homes and businesses, costing billions of dollars in damages. Businesses and homeowners anticipate their insurers would settle their claims impartially and quickly. Sadly, that doesn’t always happen.

If a hurricane causes prolific damage to an area insurers, suddenly have to deal with thousands or even hundreds of thousands of insurance claims. The financial burden these insurance companies have to face is staggering and mitigating those damages is often their only hope. That drives claims adjusters to search for any means possible to deny the claim or pay much less than they would.

This is typical behavior from an insurance company after a storm. As seen in August 2021, Hurricane Ida flattened Louisiana as a category 4 storm when it made landfall, causing $65 billion in damages and killing dozens of residents. The resulting property insurance rates increased by 50% soon after. As of August 2022, nearly 45% of the 400 thousand plus Hurricane Ida claims have yet to be settled.

Why Was the Insurance Claim Denied? 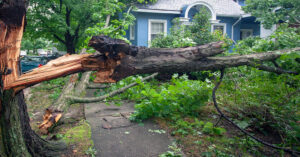 The second strategy involves changing the property owner from victim to the source of the damage itself, by claiming the property was not adequately prepared for the storm. In truth, residents forced to evacuate seldom have the time to secure their buildings and belongings.

When a storm damages a home or business an insurance adjuster may claim the damage was caused by flooding instead of wind. Although it is understandable to claim there is water damage to a property after a storm, when the wind tears the roof off or blows the windows out, the damage is from wind not flooding. These are all examples of bad-faith insurance practices. 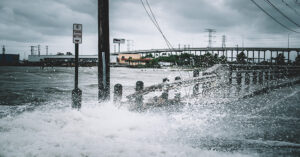 There is no excuse to abuse a policyholder’s trust, regardless of the insurance adjuster’s situation. The Chad T. Wilson law firm understands the destruction home and business owners have to deal with because of storms like Hurricane Ian. If your home or business was damaged by a storm and your insurance company is not acting in good faith, contact the Chad T. Wilson law firm. For a free consultation with an expert property insurance attorney, call (832) 415-1432 today.