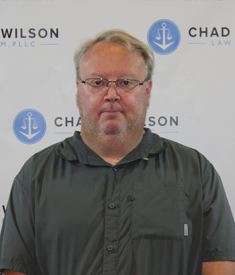 Eric Engelhardt grew up in Houston graduating high school from St. Thomas High School and then going on to graduate with B.S. in Maritime Administration from Texas A&M at Galveston Maritime Academy.

Shortly after graduation Eric served as shipboarding agent before joining ChemSep, Inc. where he worked in various business roles along with helping the company merge with Intergulf Corporation. From the time for the merger and four the next eight years Eric served in multiple roles from operations to Controller and was involved in all aspects of the business. After departing Intergulf Eric joined on with Maximus Coffee which was later bought by Atlantic Coffee Solutions. In the years with these two companies Eric was involved with management from the start eventually ending up as Supply Chain Manager overseeing all facets of plant feed stream and warehousing along with managing a team of employees at different levels.

Eric enjoys a wide variety of hobbies from cooking, to water activities, to camping. Eric also earned the rank of Eagle Scout during his youth with the Boy Scouts of America along with serving on the staff of several High Adventure Bases.